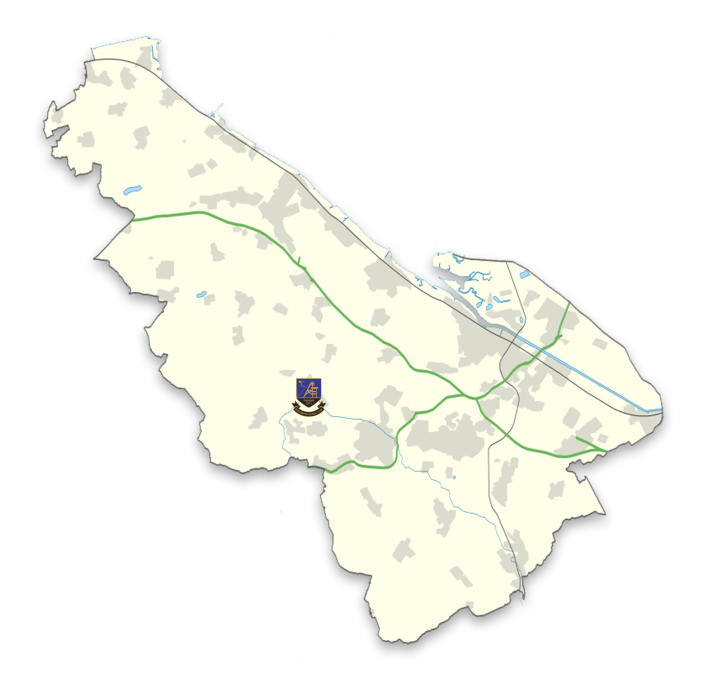 All blue kit with white trim

The ground, which is situated in the centre of the village, is sandwiched between the A541 Mold-Denbigh road on one side and Dolfechlas Road on the other. The entrance to the ground is situated just a short distance down Dolfechlas Road and not far from the junction to the A541 road. Car parking is available at the ground.

Rhydymwyn is not the easiest of locations to get to via public transport, but can be reached via a locally operated bus company which services the Mold to Denbigh route (the 14 bus route). Bus stops are available in the village, and just a short walk away from the ground, with the journey taking about no more than 20-30 minutes from Mold bus station.

Hot food and drink are available from the snatch hatch at the ground, whilst the club also has an excellent club house where alcoholic drinks can also be bought. Sadly the village is current without a pub, so additional drinks will have to be bought back in Mold or potentially in the Red Lion pub, located about a mile away in the next village of Rhosesmor (be aware it’s quite a steep walk up!)

Rhydymwyn FC are an old and well-renown name in Flintshire football, having competed in the local leagues since their foundation in 1911. However it wouldn’t be until the 1990s when the side would experience their ‘golden period’. During a four year period, Rhyd managed to win the FAW Trophy for two consecutive seasons, as well as winning the Welsh Alliance League. The highlight of that period being the 1997-98 season when they clinched the Cymru Alliance title. Sadly they were unable to accept promotion to the Welsh Premier League due to financial reasons.

Since then, they have fluctuated between the second and third tiers, with the club winning the 2009-10 Welsh Alliance League, although the club had to fold after the 2014-15 season, which also saw the club finish bottom of the Cymru Alliance table. Since then, the club has bounced back in stellar form, and find themselves back in the third tier once again, this time in the Welsh National League (Wrexham Area) Premier Division after gaining promotion from Division One at the end of the 2018-19 season. In addition, they have one of the best and most scenic grounds in Flintshire.