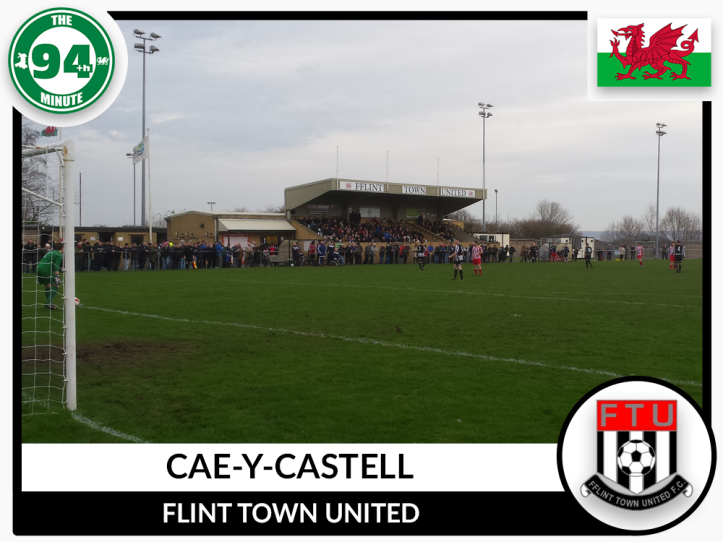 Flint (Welsh: Y Fflint) is a historic market town of just under 13,000 residents, situated on the southern bank of the River Dee Estuary, roughly in the middle of the Flintshire coast. The town is situated about 4 miles north-west of Connah’s Quay, 6,5 miles north of the county town of Mold and 5 miles south-east of the historic town of Holywell. Due to the town having its foundation during the English invasion of Wales, Flint has the oldest town charter in the whole of Wales being granted the charter in 1284.

Flint has great infrastructural links as it is positioned on the main A548 coastal road, which runs through the town, and allows residents easy access to the Deeside Industrial Zone and beyond (via the Flintshire Bridge). Also the main Chester-Holyhead North Wales Coast Railline travels through the town allowing Flint to possess a small but busy train station, in close proximity to the High Street and local attractions. This allows passengers to catch regular trains to the main conurbations of Chester, Manchester, Liverpool, Cardiff and even to London via the Holyhead to Euston through train.

The town’s origins are heavily linked with its main attraction, Flint Castle. The castle was the first to be built by Edward I during this campaign to conquer Wales, and would be the start of a series of fortresses built by the English (described as an “Iron Ring”) to encircle the Principality of Gwynedd and oppress the Welsh population. Its location was critical to the English invasion due to its strategic position in North East Wales by being a day’s march away from Chester, but also positioned by the River Dee (allowing the castle to be supplied by boat) and defending an old ford, which could be used at low tide, that stretched across the estuary to the Wirral. This ford later disappeared when work was done on the river to avoid the port of Chester becoming silted up.

Construction began on the castle in 1277 at the very start of the First Anglo-Welsh War, with master mason James of St. George being involved in the construction for 17 months, before the castle was completed in 1286. With it being the first built by the English, the layout of the castle is unique to the other Welsh castles built at that time and the other castles built in Britain. The layout is based on medieval French/Savoyard models where one of the corner towers is enlarged and isolated to act as a keep as well as a corner tower. The castle had an inner ward and an outer bailey which were separated by a tidal moat (which still floods at exceptionally high tides) and were connected with a gatehouse and drawbridge. The foundations of the town were also laid out beyond the outer bailey,  and they were originally protected by a defensive ditch and raised banking.

The castle was used by Henry Bolingbroke to hold King Richard II and as a result, it is the setting for Act III, Scene III of the Shakespere play Richard II [they also provide the names for two of the imposing tower blocks in the town]. During the English Civil War, the castle was held by the Royalists before it was captured by the Parliamentarians in 1647 after a three-month siege. The castle was then slighted by the capturing forces to prevent further usage in the future and the ruins are what remains today. The castle ruins are now maintained by Cadw with access to the castle being free and open to the public.

It is the castle which is also the potential origin of the town’s name. It is possible that “Flint/Fflint” came from the Latin castellum super fluentum, meaning “castle on the river”. However an alternative suggestion for the source of the name could be the shape of the county, which resembled an old flint knife. However the Latin source is probably the most credible reason for “Flint”.

Historically the town has been involved with either ship-building or coal mining with a number of collieries and mine shafts being opened up in the locality, but lead smelting had been the mainstay of Flint’s industry with lead smelting occurring in the town for about 600 years. Lead being smelted was then transported throughout the country and even traded to the continent. As the collieries and smelting works increased, the town’s fortunes subsequently improved with the railway, running through the town, helping in the upturn with an increased volume of finance flowing into Flint as well as financial migrants (such as Irish workers) who increased the town’s population.

In recent times, the town has been involved with the chemical industry with an alkali works being established in the town in the early 20th century, before man-made fibres such as artificial silk (possibly the origin of the club’s nickname), rayon etc. were created in the town through the huge Courtaulds factory. After Courtaulds ceased production in the Greenfield-Flint locale in the late 1980s, the factory was knocked down and business and retails parks were established in its place. In combination with the Manor Industrial Park, Flint is today one of the main sites for industry within Flintshire, with many companies like Kimberley-Clark establishing factories in the towns industrial parks, as well many other smaller companies being founded there.

The town has also seen a large influx of Eastern European workers (mainly from Poland) moving and settling into the area, initially looking to find work in the local factories. As a result of this migration, the town has seen a number of shops or “Polski Skleps” open up to accommodate for the demands of the Polish contingent of the Flint populace.

Today Flint is now an attractive commuter town for people either working in the town’s industrial parks, the Deeside Industrial Park, Airbus or beyond. The town has two high schools with a mainstream English media secondary school, Flint High School, and a Catholic comprehensive school St Richard Gwyn Catholic High School, which covers Flintshire in the Catholic diocese of Wrexham. Some of the town’s famous residents are the taekwondo Olympic Gold Medallist Jade Jones (the town has a golden post box in her honour and the leisure centre is named after her), and Liverpool and Wales’ all-time top goalscorer Ian Rush, who both still have strong links in the area.